Anyone who is a regular reader of mine, either here on Twitter, knows I have long been skeptical of the safety of pubic hair removal. We evolved to have pubic hair and we have no data to say that we have outgrown that need as we have wisdom teeth. The current thinking is that pubic hair plays a role in protecting the more delicate/sensitive tissues of the labia and the vaginal opening. Basically, pubic hair is a mechanical barrier to trap dirt and debris.

There is a growing trend to pubic hair removal, often complete removal. Does removal raise the risk of yeast infections? Does hair removal affect the bacteria on the skin surface? Does it affect sexual pleasure? (hair follicles have touch receptors and so without those follicles one mechanism for sensing one kind of touch is gone). There are a lot of rabbit holes to investigate. Anecdotally,  I see a many cases of skin irritation among women who remove pubic hair, but I’m the first to admit that’s not the highest quality evidence. Ingrown hairs and infections are known consequences of hair removal and some can be very severe and these kinds of infections can sometimes land women in the emergency room and sometimes even the operating room for drainage of an abscess.

Why do women remove their pubic hair? Some may like the look and others have been told by their mother or friends that it’s what you do. Many women may feel pressure from peers or partners or from magazines showing women wearing labial skimming clothes. Some women and/or their partners are influenced by 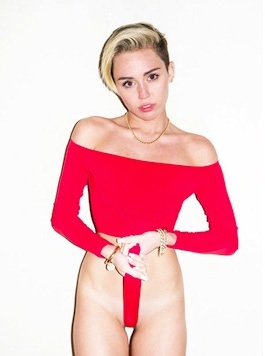 A new study sheds some light on a potential risk of pubic hair removal: sexually transmitted infections (STIs). Researchers from the University of California, San Francisco, surveyed women and men about pubic hair grooming patterns and self-reported history of sexually transmitted infections. They divided pubic hair grooming/removal into categories and defined extreme grooming as removal of all pubic hair more than 11 times per year and high-frequency grooming as daily/weekly trimming. They also looked at STIs by groups, those that are transmitted via skin-to-skin contact (herpes, human papillomavirus, syphilis and molluscum contagiosum) and those that require secretions (gonorrhoea, chlamydia and HIV). To try to control for other factors they also looked at age and sex, frequency of sex, and number of sex partners per year and over a lifetime.

Even when adjusting for age and frequency of sex and number of partners grooming was associated with a higher rate of STIs. The odds of having an STI were almost double in the grooming groups versus non grooming and the association was strongest with the skin-to-skin contact infections.  The odds of having a skin STI, like herpes of HPV, was more than 4 times greater for extreme groomers and 3.6 times greater for high-frequency groomers versus non grooming.

The fact that the risk of cutaneous infections was higher than the risk of those transmitted by secretions and that there was a dose response to grooming suggests to me that this needs to be looked at in more depth. Biologically the mechanism for the skin transmission infections is very plausible as hair removal causes microabrasions and these microabrasions are exactly how herpes, the human papilloma virus and syphilis enter the body. It is also possible that other factors could be at play. For example, pubic hair removal may affect the microniche of the eternal genitals and this could translate to increased increased infection susceptibility. Other possibilities are that people who remove pubic hair are more likely to notice infections on their skin, however, this would not explain the increased risk of STIS like chlamydia or HIV. It’s also possible that grooming isn’t a cause and effect, but rather a correlation for riskier sexual practices, such as not using condoms, or perhaps groomers are more likely to have partners who are not monagamous or have a history of riskier sexual practices.

With pubic hair removal we don’t know what we don’t know and more studies are needed, but biologically it seems very plausible that there could be a cause and effect especially for herpes, human papilloma virus, and syphilis.