The words of Donald Trump and Billy Bush…

Trump: And when you’re a star, they let you do it. You can do anything.

Bush: Whatever you want

Trump: Grab them by the pussy. You can do anything.

And Trump says he is sorry (although if it’s normal locker room talk why did he need to apologize?).

Trump wants you to know that traveling the country and listening to people has finally changed him. He doesn’t mention listening to how his words have hurt women.

Anyway, just now he is changed. Something changed him.

Not all the other times he fat-shamed women and men.

Not when he blamed cohabitation for sexual assault instead of rapists

26,000 unreported sexual assults in the military-only 238 convictions. What did these geniuses expect when they put men & women together?

Nor when he told Brande Roderick on The Apprentice that she would be a pretty picture in the boardroom on her knees.

Or any of the thousands of other times he has freely offered degrading comments about women on air or spoke about their fuckability.

Certainly not when he insulted Carly Fiorina’s appearance or the appearance of the wife of a colleague (Heidi Cruz). Apparently during the primaries he had not yet travelled enough to really listen.

This epiphany of change was apparently not even born on September 26, just a few weeks ago, when he was publicly called out for insulting Alicia Machado and Rosie O’Donnell. And continued to do so the following week.

Donald Trump reached his moment of realization now. Not because he is sorry or changed or has listened to anyone, after all people have been pointing out how his words hurt women for a very long time. He has changed now because now he is polling poorly with women and because some of the GOP have to publicly jump ship to save their own elections. Now, and only now, is he facing a consequence.

It’s no different from an abusive partner being sorry because he doesn’t want you to leave.

He’s not sorry for the abuse, he’s upset at the consequences. For him. 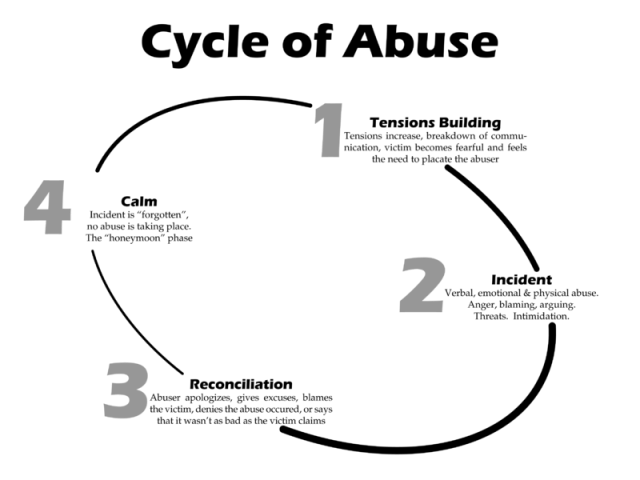 And just like with domestic violence there is a honeymoon phase, albeit brief because as soon as the apology was offered with one hand it was downplayed by the other as a distraction. It wasn’t as bad as it seemed.

Right from the domestic violence playbook. 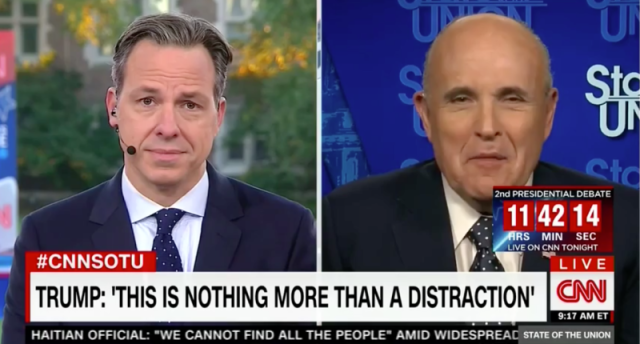 As far as insulting women the GOP has let Donald Trump leave the bar on the floor for as long as he was successfully running for President. To pearl clutch now is even more offensive than letting it slide because Trump is right about one thing, he is who he is and he has not hid it from anyone. That Trump thinks he has pussy grabbing carte blanche is not exactly news.

Those jumping ship now are no different from the other players on the team being aghast because they were finally confronted with photographs of the bruises inflicted by the star quarterback even though they had seen their teammate throw the punches and chose to remain silent or to laugh it off. Out of cowardice or disbelief or not caring. You decide which is worse.

To those telling women that Trump’s words are no big deal. That this is “locker room” talk. You are the person who never though there was anything wrong with the punches in the first place.