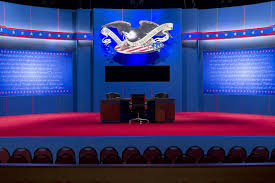 If in tonight’s debate, or any future debate or really at any point in this campaign, Hillary Clinton is asked about abortion on demand this is how I think she should answer:

Moderator: Mrs. Clinton do you support abortion on demand?

Mrs. Clinton: I need to ask for clarification because OB/GYNs who are members of the American Congress of Obstetrics and Gynecology, the doctors who study gynecologic health care and are the experts, tell me this isn’t a medical term. So that we are both speaking about the same thing I’d like you to tell me exactly what you mean.

Moderator: I mean should a woman be able to get an abortion after viability, say at 28 weeks or even up to their due date?

Mrs. Clinton: Experts in OB/GYN, the doctors who actually perform abortions,  tell me that abortions after 24 weeks only happen when a pregnant person has been given the diagnosis that the fetus has an anomaly incompatible with life. I can’t imagine what it must be like for someone in that situation, can you? Carrying a pregnancy to term has risks and abortion has risks, although even in the mid second trimester the risks are lower with an abortion than carrying the pregnancy to term. I trust a woman to make the best decision she can in that situation in consultation with her health care providers. I want doctors helping women with health care decisions, not lawyers. These same experts who study abortions also tell me that 1.3% of abortions happen at or after 21 weeks and 80% of these are for birth defects, so about 0.3% of abortions happen at or after 21 weeks for reasons not related to birth defects. These 0.3% of all abortions still happen before 24 weeks. I do support the right to terminate a pregnany after 24 weeks for severe birth defects. Legal abortions after 24 weeks do not happen for reasons other than birth defects so I see no point in debating any other situation as that would be a fictional occurrence.