A new type of menstrual pad hopes to break into the American market. They are called TOM and that stands for either The Oxygen Movement or Time Of the Month depending I suppose on which demographic the company is trying to reach.

According to an article in Slate TOM claims the “company’s proprietary formula absorbs liquid and humidity and separates water molecules into oxygen and hydrogen, keeping the pad drier.” Both the Facebook page and the Kickstarter demo page claim the pad makes up to 50 ml “of pure oxygen day.”

The other health claims on their Facebook page are as follows:

I only have 3 university chemistry courses to my name and that was a while ago, but fortunately I know how to Google. I remembered correctly that you typically need electricity to covert water to oxygen and hydrogen, so unless these pads are battery-powered there’s an issue. I also found other ways to convert water to oxygen such as heating a metal oxide to over 1,000 degrees Celsius (ouch), vibration at approximately 43 khz (which apparently stings), photodissociation (light may not be readily available between the vulva and a pad or inside a pad), and 14 megahertz radio waves (doesn’t seem to be a good idea in closed spaces). Separating water basically takes a lot of energy, so not very menstrual pad friendly. Someone made a leaf that can convert water to oxygen using sunlight and carbon dioxide (basically man-made photosynthesis), but it’s hard to se how such a design could work where the sun doesn’t shine.

I’m going to do out on a limb here and say TOM maxipads don’t have a liquid that converts water to oxygen and hydrogen. If they did have such a liquid then NASA, the Russians, Elon Musk, basically everyone would be interested. One could sell that for a lot more money than can be made selling menstrual pads. So TOM pads, prove me wrong. 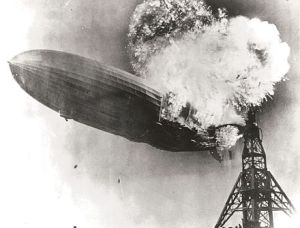 Then there is the pesky issue of the flammable hydrogen. No cooking on the gas stove, fireside chats, or  candles in the bathroom! Oxygen is flammable too.

This is what TOMS thinks about vaginal oxygen (from their Facebook page):

So, WHY OXYGEN in the first place? Do we really need oxygen in that area during that time of the month? The answer is a very confident YES.
The honest truth is, during a woman’s menstrual cycle, there is a lot that can be going on. When you wear a pad that doesn’t produce oxygen (aka 100% of the pads currently out there), not only is it humid, itchy and uncomfortable…there are a lot of health issues encompassed within that. Certain odor-causing bacteria grow much faster when there is no oxygen present. These bacteria LOVE alkaline, oxygen-free environments. On the other end of the spectrum, our good bacteria (lactobacillus) loves an acidic environment and CAN live with oxygen, completely opposite of what the bad bacteria likes.

The offensive idea of needing to lighten skin aside, if oxygen whitens or lightens skin then my kids would have lightened areas under their noses as they wore oxygen for a year. A whole year of 24/7 exposure to higher than normal concentrations of oxygen. I have never heard of lightened skin as a consequence of oxygen exposure so this seems totally bogus. Even if it were possible it’s hard to see how 200 ml of oxygen a day (assuming 4 pads a day) for 3-5 days could do that.

I’m a GYNO, here’s my summary

A safe liquid or device that can be held in a menstrual pad that is capable of turning water to oxygen sounds bogus.

If such technology actually did exist it would have to be studied to get FDA approval as this is a new technology. The people who make TOM pads have a demo Kickstarted page. Keep in mind it will take years to do the studies and get approval. No one is getting pads next week or even next year or possibly even ever.

Chemistry issues aside, the biologic plausibility is weak. Oxygen made in a pad can’t diffuse into the vagina.

If we discard basic physiology and say oxygen can diffuse into the vagina that would be a bad thing. Vaginas don’t want extra oxygen.

Any product that actually lightens vulvar skin contains a chemical that you don’t want on your vulva. Since oxygen can’t lighten skin if the product actually does affect skin color what chemical/irritant is in it?

Verdict: Stay away from TOM pads until they can prove their claims and safety