As per usual when GOP candidates get together they beat their chests and howl about who is more anti-abortion. The loudest at the most recent debate was Marco Rubio. Why do people pester him about abortion and the fact that he thinks raped women should be forced to carry their pregnancies to term, when the democrats are the real extremists?

Hillary Clinton, according to Rubio,  “believes there should be no such thing as an illegal abortion — even on the due date of that unborn child”

Hillary Clinton has explained her position on abortion pretty well. Leave it up to women and their doctors. As Rubio is neither a woman nor a doctor he can’t fathom how that might actually work, so all he can do is fabricate an extremist view of choice that is, of course, as based in reality as unicorns because there is no such thing as a “due date abortion.”  I’m an OB/GYN and I know more about this than he does.

Why do a small minority of women have later-term abortions?

What is the main indication for late term abortions?

In one study of later abortions (average gestational age of 22 weeks) 79.2% of procedures were for birth defects/chromosomal abnormalities and 20.8% were elective abortion.

The birth defects that lead to abortion are almost always lethal or very severe. Conditions like holoprosencephaly or anencephaly or multiple anomalies that are deemed not compatible with life.  Women don’t have abortions because of cleft lips.

I am 100% confident that Rubio has never had to hold the hand of a woman who has just been told her baby has no brain, or has a single eye like a cyclops, or has Trisomy 13. When faced with the diagnosis of a fetal condition that has either a very high probability of death or severe irreversible cognitive development there are many paths to consider. First doctors discuss the option of not intervening medically at birth and then they discuss the option of termination (hopefully in a completely non judgmental way). Some women decide to carry the pregnancy to fruition. Some women want a c-section to increase the chances their baby will be born alive so they can hold him or her as they die. Some want the pregnancy to end as soon as possible. Some want to make arrangements for their children at home to visit family of friends and then arrange their termination. Gestational age limits make giving women this small convenience harder and harder.

What about the few women who are 22-23 weeks without fetal anomalies and not for maternal health? This is 0.27% of abortions in the United States.  Women are almost always in this delayed situation because of reasons already discussed – money, travel, medically disenfranchised, didn’t understand the abortion laws, or sometimes it is severe drug abuse and they aren’t sober enough to access the system until they are in the second trimester. If these women could have accessed abortion sooner they almost all would have. 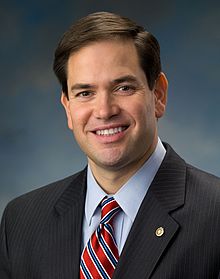 Let’s be clear there is no “due date abortion.” This is some made up non existent procedure. Is that how you like to ground your policies, in fiction? Later abortions have been well-studied and it is pretty clear from your rhetoric that you haven’t availed yourself of that knowledge or don’t care. Or it doesn’t suit your fundraising.

There are a small group of women at or beyond 21 weeks who have abortions and the vast majority are for severe fetal anomalies. Have you ever spoken with one of those women Marco, because before you stick your foot any further into you mouth you really should understand the despair of having strangers ask about your due date when you know your baby will die at birth. The few women who have late abortions for other reasons are in this situation precisely because of the laws that your party has enacted. Laws that raise the cost and limit the availability of abortion and contraception. Talk about hypocrisy.

Also, there is also no such thing as a partial birth abortion.

If you want to play junior gynecologist you should have gone to medical school.