Dr. Ben Carson was on The View today and said this:

“A lot of those young girls who are having babies out-of-wedlock — when they have that first baby, they stop their education and that child is four times as likely to grow up in poverty.” He then babbled on about daycare and GEDs and clearly it’s just the lack of childcare and a good man that drives women to have abortions. He also babbled on about uneducated women and abortion. You can watch the segment here:

Sigh. And this man is a doctor.

Dr. Carson has obviously not bothered to look at any demographics on abortion, or to speak with a gynecologist or anyone in public health, or done a Google search because this is the kind of ill-informed spewing of misinformation I expect from someone with a degree in medieval history (like Carly Fiorina). As Ben Carson spouts off continually about being a neurosurgeon I expect more of him when it comes to health matters.

What Carson doesn’t understand is that women consider many factors before they have an abortion and research tells us that women understand the responsibilities of parenthood and family life. If Dr. Carson has participated in any child rearing or counseled women about unplanned pregnancies then he would understand that it’s a little more than daycare. While work, school, and money factor into the equation for 75% of women these are not issues that can be solved with daycare and a GED. Fifty percent of women who have abortions say they don’t want to be single parents or are having problems with their partner. Some women also are pregnant because of rape and others have issues with intimate partner violence.

Eighteen percent of U.S. women who have an abortion are teenagers, but only 6.4% are under the age of 18 and so are at greatest risk for dropping out of high school if they get pregnant. His daycare-to-GED plan (as offensive as it is) can only apply to these women.

51% of women who have an abortion were using birth control but had a method failure. If Dr. Ben Carson really wants to prevent abortion he should dump his daycare idea and focus on free, easily available long-acting reversible contraception (LARC), because science tells us that unlike daycare LARC actually prevents unplanned pregnancies. If the 51% of women who were using contraception but had a failure had been using LARC that would prevent 50.6% of abortions. 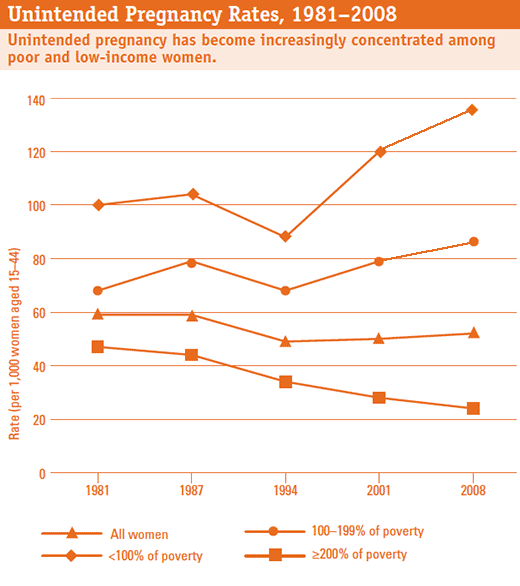 So the driver of unplanned pregnancies for many women is poverty, but notice how Carson side-stepped Whoopi Goldberg’s questions about food stamps and aid? Nice touch, but Carson ignores everything that doesn’t fit with his narrow fact-deficient world view. It’s just pretty sad when a doctor can’t get the facts straight about a medical subject, so imagine what he’d do with something non medical!

Every time that man opens his mouth I am embarrassed that we share a profession.

Daycare won’t prevent abortions and anyone who believes that is a fool and has a low opinion of women. Dr. Carson should be very careful about how he uses the word “uneducated” because that is exactly what he is when it comes to reproductive health care.