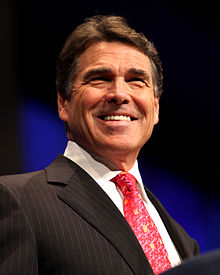 According to Rick Perry if only Joan Rivers had her out-patient procedure at an accredited ambulatory surgical care facility she’d be alive. This piece of poorly researched and decidedly in poor taste drivel was a way of defending/bragging about the Texas TRAP law (bill signed into law by Perry requiring that all abortions be performed in accredited surgical facilities but is currently in limbo due to legal appeals).

Despite what Perry likely feels are semantics and others of a more precise nature might consider facts (River’s procedure actually occurred at an ambulatory surgical facility, she didn’t have an abortion, she was 81 and not a woman of reproductive age) Perry’s statement also shows he has no idea about safety data and abortion. After all, if the safety of a procedure needs improving wouldn’t it need to be unsafe in the first place?

How many women die from abortion-related reasons each year in Texas? Abortion is one of the most regulated procedures in the United States so we have very accurate data both federally and at the state level. The last time a woman died in Texas and it was recorded as abortion-related was 2008. Yes, I had to review 5 years of data to find one death, or one death out of 364,225 procedures (a mortality rate per procedure of 0.0000275%). Using 5 years of data the death rate from abortion is 0.27 per 100,000 procedures, but if I only went back 4 years it would be zero.

Trying to improve abortion safety is very hard because it is already so safe. Abortion is one of the safest procedures a woman in the United States can have. Nationwide an average of 6-12 women annually die from an abortion-related death. The case-fatality nationwide per 100,000 procedures is 0.67, so abortion in Texas is already safer than the national average. According to the Centers for Disease Control (CDC) the numbers of abortion-related deaths are just too low to draw meaningful conclusions about safety or areas for improvement. There is no data to show the one abortion-related death in the last 5 years in Texas could have been prevented by performing the procedure in a hospital or an accredited surgery facility. In fact no data anywhere shows that complications are lower in accredited surgical facilities versus a clinic or office. Certainly the data show that right now in Texas abortion couldn’t be any safer (0 deaths a year for 4 years). With that in mind, how can any law make the procedure any safer?

For Perry’s TRAP law to be of value safety-wise abortion in free-standing offices would have to be unsafe, but as far more than 90% of procedures are performed in these clinics and the mortality rate is 0% Perry is playing pretty footloose and fancy free with facts about clinic safety versus ambulatory surgical facilities. It is highly likely that he doesn’t know how safe abortion already is for women in Texas or doesn’t care. Or both.

I hope someone pins Perry down (and any legislator who supports the TRAP law) and asks about the case-fatality rate for abortion, because I would really love to know how the legislation he signed hopes to improve on the current safety of abortion in Texas.