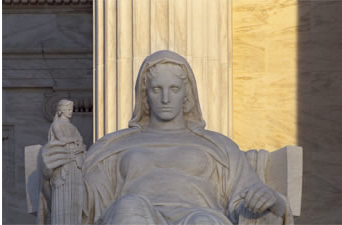 The patient in the emergency department smelled of advanced cancer. It is the smell of rotting flesh, but even more pungent. You only ever have to smell it once.

She had been bleeding irregularly, but chalked it up to “the change.” Peri-menopausal hormonal mayhem is the most common cause of irregular vaginal bleeding, but unfortunately not the only cause.

She hadn’t gone to the doctor because she had no health insurance. The only kind of work she could get in a struggling rural community was without benefits. Her coat and shoes beside the gurney were worn and her purse from another decade. She could never afford to buy it on her own. She didn’t qualify for Medicaid, the local doctor only took insurance, and there was no Planned Parenthood or County Clinic nearby.

So nothing was done about the bleeding until she passed out at work and someone called an ambulance. She required a couple of units of blood at the local hospital before they sent her by ambulance to our emergency department.

I looked at the fungating mass on her cervix. Later the Intern wondered why she hadn’t picked up on the smell. Probably a combination of it being so gradual and denial. It’s amazing what people learn to tolerate when their options are limited.

“I’m very sorry to tell you this looks like a cancer of the cervix,” I said

She looked surprised. “Oh.” She paused in silence as she adjusted to the news. And then quietly she added, “But the doctor back home said you could fix me up. He said you can offer free care because you have the university.”

But we didn’t have free care at the university hospital. While resident salaries come from Medicare dollars, there is very little, if any, money from the State for the medically indigent. We were in the same situation as her local OB/GYN. The cost of caring for those without insurance was born by the profits from those with insurance. But medical care was becoming more expensive and what insurance companies were willing to reimburse was decreasing. In addition, with more unemployment there were fewer insured patients and more uninsured. Not a sustainable model.

She needed a biopsy to confirm the type of cancer and a CT scan to see if the tumor had spread beyond the cervix. If she were lucky, she would have a some combination of a hysterectomy, chemotherapy, and radiation with a 50-65% chance of survival. If the cancer had spread, she would have radiation and chemotherapy with about a 25% chance of surviving.

But the cancer surgeons were not allowed to offer an uninsured woman a hysterectomy. Every now and then they snuck someone in, claiming to the administrators that the patient was more emergent than they really were. But one surgery doesn’t cure stage 2 or 3 cervical cancer, or even stave it off for long. It takes multiple admissions and week after week of expensive chemotherapy and/or radiation.

The radiation doctors were also not allowed to see uninsured patients. They could not even give a dying women a few weeks of radiation to ease her tumor’s stench while it caused her to bleed to death or killed her another way. They could give her one dose today. A very temporary measure for the bleeding, but only if her blood count was low enough. It wasn’t because she’s had the blood transfusion to get her here.

There was a charity program that paid providers and hospitals pennies on the dollar for cancer care. One hospital had signed up, resigned to the fact that they were seeing those patients anyway so better to get something for the cost of the care than nothing. Our hospital administrators had declined to participate. Better to get no money and keep seeing these uninsured patients over and over in the emergency room, each time providing the same stop-gap care that has no hope of cure or even palliation like a purgatory version of Groundhog Day, than to be inadequately reimbursed for the right care.

I had never encountered this clinical scenario during my training in Canada. I had never seen a woman suffer because she couldn’t afford something as simple as a Pap smear, never mind deal with the indignities of shopping around her sorrow and hard luck to try to patch together what would inevitably be inadequate medical therapy. It is this reality of medical care in America for which I was wholly unprepared. Many times I found the residents comforting me.

I gathered my thoughts before explaining the situation. To get her care through the charity program there was a catch. A set of hoops to jump through and we could jeopardize her eligibility with specific tests. I explained the ins and outs of accessing care through the program, where she needed to go, and what specifically she must say. The Intern printed out the sheet of community resources and advocacy groups that might also be able to help her patch together some kind of treatment.

It’s not health care, not by any stretch. But as long as the Supreme Court finds it constitutional I guess they’ll sleep better than I do.

Thank you for all the feedback, opinions, discussion and debate. Comments are now closed.

180 replies on “Cancer v. the Constitution”